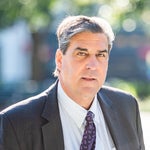 Cliff is a 1988 graduate of the Wake Forest University Law School, and a 1983 graduate of Denison University with a B.A. in English Literature and Creative Writing. Cliff is licensed in the state and federal courts of Maryland and the District of Columbia and has appeared pro hac vice in Virginia courts.  Cliff previously served on the Wake Forest Law School Board of Visitors from 2012 through 2015.  As of September 2020, Cliff was appointed as a member of the Wake Forest Board of Visitors.  Cliff has handled numerous appeals, at least 10 of which have resulted in reported decisions.

Cliff views his relationships with clients as “long term.” He has been known to say “most of my good clients become good friends.”

Thank you for contacting us. We will get back to you shortly.

Please complete all required fields below.

I offer a free consultation, and, I will gladly discuss your case with you at your convenience. Contact me today to schedule an appointment.